Over its 60-year history, ICC has hosted a broad range of performances, many of them on a regular basis, such as the annual Israeli Song Contest or the concerts of the Israel Philharmonic Orchestra, which made ICC Jerusalem it’s home.

In the wake of Israel’s victory (with singer Yizahr Cohen) in the Eurovision Song Contest, ICC Jerusalem hosted the contest in 1979 at the Ussishkin Hall. Twenty years later, we hosted Eurovision Contest again, following another Israeli victory (this time with Dana International).

Equipped with state-of-the-art amenities, the Ussishkin Hall is built to host challenging productions. As the most advanced hall in Israel, it has been selected time and again by local and international customers as the destination of choice for their productions. Dozens of local and global different performances are held every year at the Ussishkin hall, from entertainment and stand-up comedy to concerts of classical and rock music.

Click here to view all the events at ICC Jerusalem

The International Convention Center – Binyanei Hauma, is located on the entrance to Jerusalem, within a short car drive from Tel Aviv and even shorter from the Ben Gurion International Airport. It is accessible from roads No. 1, No. 6 (a toll road), and No. 443. As such, it is highly accessible from any direction. The Center is a few minutes-walk from the Railway Station, the Light Train station, and the Jerusalem Central Bus Station. 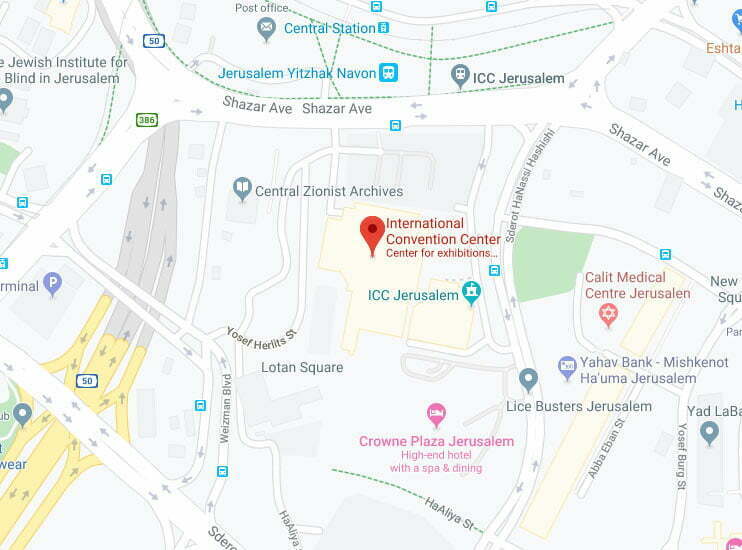